Unless you’re completely new to Amazon, you should already be familiar with seeing the goalposts constantly shift.

Selling on Amazon never stays the same for too long. We’re always seeing new strategies for sellers to get ahead of the competition, many of which are not exactly in line with Amazon Terms of Service.

The problem is that Amazon’s TOS don’t generally mention specific tactics or techniques that are allowed or disallowed. So understanding exactly what is and isn’t allowed is hard for sellers.

Even though Amazon was specific enough to add a zombie apocalypse clause to their Terms of Service, knowing what you can and can’t do to promote your products is a lot more of a grey area.

Read on and we’ll explain how Amazon’s TOS have been evolving as of late, and how the Amazon selling landscape may change in the near future.

Almost every year, there’s a big shift where Amazon clamps down on something that has been the go-to way to rank and sell on Amazon.

Back in 2016 it was incentivized reviews. Every seller used to pay customers, through free products or actual cash payments, to leave reviews for their products.

This was basically the only way to launch a product and get your first reviews. If you weren’t doing incentivized reviews, you probably wouldn’t have much success.

Well, in 2016, Amazon banned incentivized reviews, which changed the entire landscape for Amazon sellers. Since then, Amazon has been getting more and more strict about reviews, and sellers breaking the rules to get reviews.

Fast forward to November 2021. For the last few years, the go-to launch strategy has involved some combination of techniques to make the Amazon search algorithm (the A9 algorithm, also known as the A10 algorithm these days) think that your product is one of the most popular products on the Amazon store, and that customers are search for and buying your product under specific, high-volume keywords.

Techniques to do this include 2-Step or Super URLs, Search Find Buy, and rebates. For a while, these techniques were in the grey area of “probably against TOS, but not explicitly stated”. Well, now for the first time, someone connected with Amazon specifically mentioned these techniques as breaking the rules.

This forum post from a moderator on the Amazon Seller Central forums addressed several topics, including keyword URLs and rebates, giving us the first instance of people connected to Amazon mentioning these techniques by name.

The post references the Selling Policies and Seller Code of Conduct, which is essentially the Amazon TOS for third-party sellers.

The forum post came about after a short time earlier, several well-known and widely used third-party seller tools (including the rebate marketplace service RebateKey) were flagged as breaking Amazon TOS, and customers using these tools were notified that the tools would soon be removed from the Amazon seller app store (officially the Amazon Partner Network).

Since then there has been a lot of discussion in the community (join our free community for sellers and brand owners, if you haven’t already), about the future of selling on Amazon and using third-party tools, now that several big tools, and seemingly a wide range of techniques, have been deemed illegal.

So, is that it? Is that a definitive answer that rebates, super URLs and more are against Amazon TOS and will get you banned?

Perhaps. But there is a bit to unpack from the forum post, along with the Seller Code of Conduct, and the warnings sent out to users of RebateKey and EliteSeller.

There are many things we can take away if we unpack the Seller Central forum post. This passage is most interesting:

Specifically, it is a violation of the Amazon Seller Code of Conduct to manipulate search rank to artificially boost your products’ search ranking, including through ‘two-step urls,’ ‘super urls,’ ‘funnels,’ ‘treasure hunts,’ ‘search-find-buy,’ and any other form of false or misleading behavior. A service by any name that’s intended to artificially boost search ranking or portray a discounted sale as full-price, is a violation.

Assuming this is actually where Amazon as a company stands on the matter, it’s a pretty clear statement that rebates, 2-Step URLs and Search Find Buy are against Amazon TOS.

The picture gets a little less clear if we take this part into account:

We welcome and encourage coupons, discounts, deals, and other tools to lower prices for customers and drive incremental sales—but only when those incentives are part of the product offer made in our store. Amazon offers numerous programs to help you drive discovery of new products and increase sales through lower prices, and we welcome sellers advertising the same pricing and discounts off-Amazon as they offer in our store. However, we consider it a violation of the Amazon Seller Code of Conduct if off-Amazon rebates, discounts, and other schemes are designed to drive customers to products that are listed and sold without those incentives on Amazon.

Does that mean that any promotion only available to certain customers (such as a single-use promo code sent out to your email list) is against TOS? Even though this promotion was actually set up in Amazon Seller Central?

It’s hard to know for sure.

If we look at the Seller Code of Conduct, there is more to be confused about. Under the “Acting Fairly” heading, it lists the following as activities that are against Amazon Seller TOS:

The bolded line – paying for clicks – could be taken as saying that Google Search Ads (PPC ads – literally paying per click) are against Terms of Service as well.

This would be a huge shock, as it essentially means any external traffic is against Terms.

I’m quite comfortable in saying, however, that running Google Ads for your product is NOT against Terms of Service. It makes no sense why Amazon would want to disallow sellers from marketing and driving traffic to their products on Amazon.

However, that calls into question how much else from the forum post and the Seller Code of Conduct we should be taking literally.

Rank Manipulation: What is and Isn’t Allowed

Instead of taking everything by the letter, I like to focus on one phrase in the Seller Code of Conduct: Manipulating sales rank.

The forum post also mentions manipulating search rank, so we can take this to assume that rank manipulation includes both search rank (i.e. keyword rankings) and sales rank (BSR).

I would say, if you’re wondering what Amazon doesn’t allow when it comes to ranking and launching, consider whether it comes under the category of rank manipulation.

This is, of course, still subjective. You could consider driving traffic from your email list, or Google/Facebook Ad to be manipulating rank. But it’s unlikely this would be a problem for Amazon.

The forum post mentions the words “artificially” and “misleading”, which gives you a strong clue as to what is or isn’t rank manipulation.

If you’re doing something unnatural, such as sending someone to a search page and asking them to click on your product, or getting people to buy your product at full price then refunding them afterwards, it goes by common sense that Amazon would not be happy with this.

However, if it’s natural – such as using promotions available in Seller Central, or driving traffic from Facebook/Google – there’s much less chance this comes under the umbrella of rank manipulation.

About Risk Tolerance, and Why Rebates May Not Go Away

Don’t expect rebates or 2-Step URLs will disappear completely now they are “officially” against TOS.

Just as a lot of brands are still clearly breaking the rules in terms of review manipulation – as we can tell from the large number of seller accounts banned earlier this year for this reason – it will still be a choice for sellers whether or not they choose to use strategies that are likely illegal, in order to get ahead.

The decision of whether to use rebates still or other tools is down to your own “risk tolerance”. This is a term commonly used in investing, but which has application here as well.

It basically means how much you’re willing to risk in order to benefit.

Someone with a low risk tolerance, however, would only invest in safe stocks, which are unlikely to grow as much, but also less likely to lose money.

To translate that term for Amazon sellers, it means you need to consider how much you’re willing to risk in regards to breaking Amazon TOS.

Perhaps your risk tolerance is very low, in which case you want to make sure everything you do is totally within TOS.

For others, their risk tolerance may be high, and they’re willing to keep using rebates, or even incentivizing reviews, and risk getting caught and punished.

A lot will fall somewhere in the middle. Perhaps you decide that rebates are too risky to justify. However, you may decide that using a 2-Step URL or a Search Find Buy funnel is worth the risk, considering what you get out of it, and the likelihood of Amazon detecting what you’re doing and punishing you.

The decision on how much to risk for your Amazon business is yours alone. No one can tell you the ideal level of risk you should accept.

But you should keep in mind the concept of risk tolerance whenever you make a decision for your Amazon business, as many small things you do – small policy violations in your bullet points or product images for example – may go unnoticed and unpunished, despite being against TOS.

It just comes down to how far you’re comfortable with pushing the rules.

The Future of Ranking on Amazon

Rebates and keyword-optimized URLs (Super URLs to Search Find Buy) have been such a staple of Amazon sellers’ toolboxes for so long now, it’s easy to see this as a huge shift for how brands rank and sell on Amazon.

Some people claim that Amazon PPC will soon be the only way – that external traffic of any kind will come under the category of rank manipulation, and the only way to promote your product is through tools that involve Amazon getting paid.

That appears a little unlikely. There is huge benefit for Amazon in encouraging sellers to market and drive traffic from outside sources. To outlaw this altogether would be akin to Amazon shooting themselves in the foot.

There’s also the recent addition of the Brand Referral Bonus, along with Amazon Attribution, which incentivizes and provides valuable tools for Amazon sellers who are driving traffic from their own site, or paid ads like Facebook and Google Ads.

So to suggest that Amazon doesn’t want sellers to drive external traffic appears very far off the mark.

More likely, these changes are aimed at sellers who use techniques to trick the search algorithm into ranking their products high in the SERPs.

Just as Amazon banned incentivized reviews because they want to display real. authentic product reviews, they also want to rank products based on an authentic account of which products are the most popular with Amazon customers.

Using tricks and strategies to game the system have worked in the past, and new tricks will invariably come around. But Amazon is showing that they are serious about cutting these tricks out of the game. So it’s fair to say that, as Amazon polices rank manipulation more closely, it will become a better idea to focus on long-term, sustainable brand building strategies, as opposed to short-term tricks like rebates, if you want to be successful (and remain successful) on Amazon. 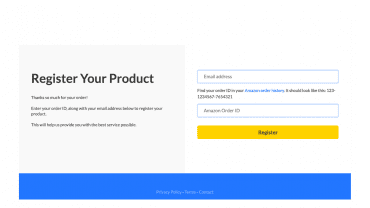 Check out the newest feature on LandingCube: product insert landing pages. This landing page type is a simple, no-f... 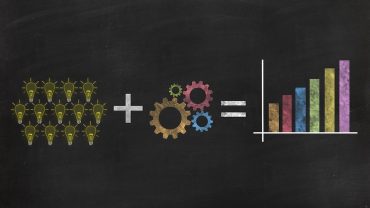 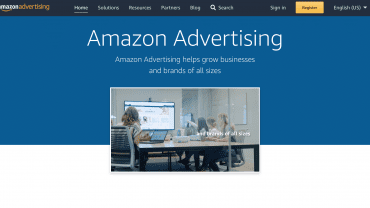 Amazon advertising is a landscape that is continually changing. The tools Amazon gives third-party sellers for adve...