Jeff Bezos created Amazon in 1994, primarily to sell books online. In the time since, it has grown into the top ecommerce site in North America, and the most valuable brand in the world.

If you need clues as to why Amazon is such a massive beast, look to the statistics. Numbers generally tell most, if not all of the story.

For example, if you’re wondering why Amazon continues to grow, one might point to their 83/100 average customer satisfaction score, which comes from their dedication to the customer experience.

One would also notice that nearly 69% of Amazon customers say they shop on Amazon because of the broad product selection available. A selection that comes about as a result of 2.3 million active sellers, who contribute 60% of Amazon’s total retail sales.

As one of these third-party sellers, you should want to have a line into as many Amazon statistics as possible. This is because most high-performing businesses make decisions based on data. The more data you have to work with – such as knowing that the average Amazon PPC clickthrough rate is 0.41% – the more you can make informed decisions and run your business the right way.

We’ve gathered together an extensive list of 57 interesting, informative and useful Amazon statistics, related to Amazon as a business, Amazon customers, Amazon third-party sellers, and the Amazon advertising platform.

Before we get to the entire list, here are some of the highlights.

How Many Products Does Amazon Sell?

Amazon itself sells over 12 million products. If you take into account all products sold on the Amazon marketplace by third-party sellers, that number rises to more than 353 million products.

How Many Orders Does Amazon Get A Day?

That works out to more than 66 thousand orders per hour, and 18.5 orders per second.

Amazon Sales Statistics: How Much Amazon Makes in a Day

How Many Sellers Are On Amazon?

In 2020, there are 9.1 million Amazon sellers worldwide. Of those 9.1 million, 2.3 million are considered active sellers (meaning they have at least one product for sale).

How Many Customers Does Amazon Have?

Amazon has hundreds of millions of customers in the US alone. In July 2020, Amazon sites had 213 million unique visitors in the US. There are also 112 million Amazon Prime members in the US.

You’re starting to get an idea of how big the Amazon pie is. This is the reason there are so many third-party sellers, all trying to get their small piece of the growing pie.

Here is the full list of the most interesting and insightful Amazon statistics you should know.

Amazon Sellers! Want to get more from your external traffic? Try LandingCube.

LandingCube lets you build landing pages and short links in a matter of minutes, making it easy to set up external traffic funnels for different channels, promotions or for testing variables.

Is it time to boost your sales, rank higher and build your business from a hobby into a 7 or 8 figure cash cow?

If so, check out these expert guides from our team, to learn all you need to know to take your Amazon business to the next level.

Your Full Guide to Amazon SEO

How to Get More (Legal) Amazon Reviews

If you weren’t already aware, this list of 57 Amazon statistics paints the picture quite clearly. Amazon is one of the biggest companies in the world and shows no signs of slowing down.

If you’re one of the 9+ million third-party sellers around the world, this is good news. Attaching yourself to Amazon’s brand is a fantastic way to get traction and build a business from scratch. You benefit from the billions of visitors to Amazon each month, as well as the powerful social proof that comes with the Amazon name.

Discover a better way to rank products from external traffic, like Facebook, Google and TikTok, with LandingCube promo pages.

What is the Brand Referral Bonus Program? How to Get Paid for Driving Traffic to Amazon

For Amazon sellers, external traffic – meaning traffic you send to your products from sources outside Amazon ... 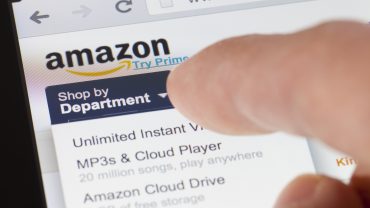 Amazon TOS in 2021-22: How to Grow and Rank Without Breaking the Rules

Unless you’re completely new to Amazon, you should already be familiar with seeing the goalposts constantly s... 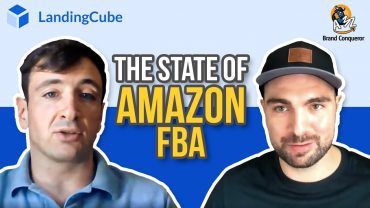 The State of Amazon During and After Coronavirus

We’ve all felt the impact of COVID-19 in our own way, as Amazon sellers or anyone involved in the Amazon spac...