If you haven’t heard the news, Facebook has announced a pretty significant update to the Messenger platform. This is likely to have the biggest effect on Amazon and e-commerce sellers who have been building a list and sending marketing messages through Messenger.

It’s been expected for some time that Facebook would make a change. Now that it’s here, there are some things you can do to adapt, and make use of Facebook Messenger for your Amazon business.

The changes take effect January 15, 2020. Read on to see how you’ll be affected, and what you can do to be ready for the changes.

As it stands, the 24+1 rule on Messenger allows you to send one free message to subscribers who haven’t engaged with you in Messenger in the last 24 hours. If they respond to this message, you can follow up as you wish, keeping this 24 hour window in mind.

Facebook is rolling out a change that removes the “+1”, making it only the “24” rule. That means you can only freely engage with your audience if they have messaged you in the last 24 hours (or if you use a feature like subscription messaging).

Once the changes go live, you will no longer be able to send free promotional broadcasts to your Messenger list. Businesses wishing to re-engage their audience outside of the standard 24-hour messaging window will instead need to use “sponsored messages”.

The only exception to this is subscription messaging, which your page needs to be approved for (and the requirements are becoming more strict).

You can set up sponsored messages in Ads Manager. They’ll be sent to your audience in Messenger, and will have a small “sponsored” tag above them.

The good news is, if your customers reply to this message, you’ll be able to re-engage them for free.

Why Is This Change Happening?

As expected, Facebook wants to stop their platform from becoming a haven for spammers, as well as taking a slice of the value marketers are getting from the Messenger platform.

The Messenger team say they’re looking to improve the “user experience” on the platform. Which essentially means they don’t want it to be cheap and easy for every business to spam users with promotional messages.

This was their intention from the start, with their strict opt-in requirements, and the 24+1 rule. Yet many businesses have skirted this rule. Now Facebook, predictably, are putting a stop to it.

How It Affects You

This doesn’t mean promotional broadcasts on Messenger are dead – you just need to be willing to pay for it.

Though you’ll need to pay for promotional broadcasts, you still might find it’s worth the cost to build an audience and engage them. Open rates between 66 and 98%, and click-through rates of 8% and 72% are worth the cost. However you will want to be more selective about the broadcasts you send, to ensure you don’t stray into a negative ROI.

You will want to ensure you send any vital follow-up messages within the first 24 hours of someone engaging and opting in to your Messenger list.

It may be worth your while to try and capture email addresses from your subscribers within this window, so you can send a higher volume of marketing material, via email.

How LandingCube Campaigns Are Affected

LandingCube users should continue to ensure their first follow-up sequence (to ask customers if they have used their coupon) sends less than 24 hours after the original coupon claim, to comply with 24 hours rule.

We are currently working on updates to our Messenger feature to be ready for the update in January. Watch this space for more…

Several more features and updates are rolling out for Messenger, which are less impactful for Amazon sellers.

Facebook’s added Messenger features look to be providing more options for users inside of the Messenger platform, which previously you would need a third-party tool like ManyChat for.

However, the most significant change (for Amazon and e-commerce sellers) remains the change to promotional broadcasts.

The update doesn’t kick in until January 2020, so you have some time to prepare.

If free Facebook broadcasts are currently a big part of your marketing strategy, it might be worth thinking about alternatives.

This could be collecting emails, and moving more of your marketing material to email, or condensing the amount of material you send in Messenger to keep the cost of sponsored messages down.

All in all, it should be considered a positive change, as it is a move to discourage spammers and maintain Messenger’s good reputation with its users.

That means you’re more likely to continue seeing the great open rates and engagement rates Messenger is becoming famous for. 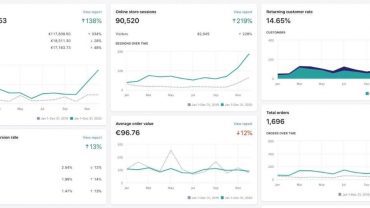 This post is contributed by Marco Grishaber of WunderAds. If you’re already selling on Amazon, you’re p... 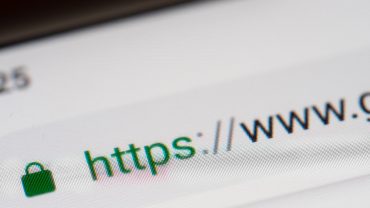 Most Amazon URLs are long and ugly. This is a problem if you’re an Amazon seller trying to send off-Amazon traffi... 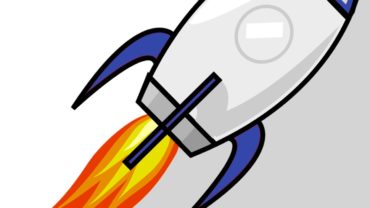 2-Step URLs: How To Rank #1 For Any Keyword on Amazon

Is there a specific keyword, which ranking for would make all the difference for your product? If so, 2-Step URLs a...